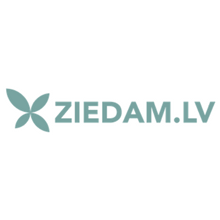 The new Internet platform focuses on answering real questions asked by young people about sexual and reproductive health. Having conducted training courses and seminars in schools, experts of “Papardes zieds” can claim that they know for sure what young people are concerned about at the moment. So the choice of topics and materials for ZIEDAM.LV is based on these questions. One of the first items is a video telling about visiting a gynecologist; it was produced in cooperation with children and teenager gynecologist Dr. Lāsma Līdaka.

Iveta Ķelle, executive director of the “Papardes zieds” board, emphasizes that such a platform is necessary right now, when young people seek advice on various websites: “At this period, which is so important for every young person, when the first relations are established and the first sexual experience is gained, the school and parents lose their role of advisors, and smartphones become principal counsellors of teenagers. Ziedam.lv wants to become an ally of young people searching answers to these many questions. Times change, but questions are still there.

Project ZIEDAM.LV is a digital platform about health, diversity, integration, enthusiasm and volunteering, created by activists of “Papardes zieds”. The new platform speaks about defence of interests, sexual and reproductive health, and rights. The blog was established in January 2017 to involve users in developing its contents.